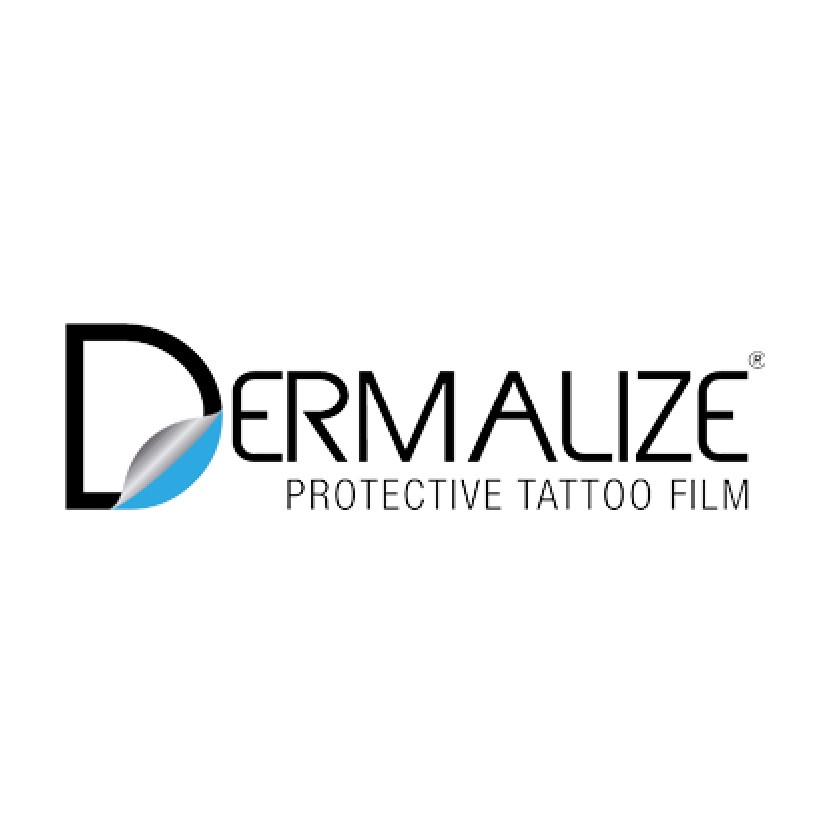 Dermalize protective tattoo film Pro Total Black Sun Block is a barrier film that is perfect for protecting your tattoos, especially in the sun. An ideal barrier to UVA and UVB rays penetration.
5 sheets per pack

Dermalize protective tattoo film is the all-in-one tattoo aftercare solution for the initial healing stage of a tattoo: a film that acts as a second skin' to protect tattoo wounds from germs and bacteria and at the same time, is permeable allowing the skin to 'breathe'. The film assists the skin to heal naturally from the inside out, by locking in the body's natural fluids and enzymes, which guarantees beautifully healed tattoos.
The thin self-adhesive Dermalize protective tattoo film provides a moist healing environment during the initial, and most critical, healing stage of a tattoo wound. It protects the new tattoo from friction and provides a waterproof, antibacterial barrier that prevents pathogens and external contaminants from entering the wound. The film is breathable, letting oxygen in and allowing excess moisture vapour to be released from the wound. It's light to wear, flexible and stretchable which allows it to be placed anywhere on the body and will stay put for up to several days. No more scabbing, no risk of infection, no rubbing clothes or other external factors that will damage the tattoo. Just beautifully healed tattoos like you intended to!
Artists like Alex de Pase, Randy Engelhard and Jeff Gogue, have tested and used Dermalize for considerable time now and have encountered incredible results in their healed tattoo work.
Key Features:
Dermalize protective tattoo film Quantity: 5x sheets
Dimensions: 15cm x 10cm
Write your review

No customer reviews for the moment.

8 other products in the same category: